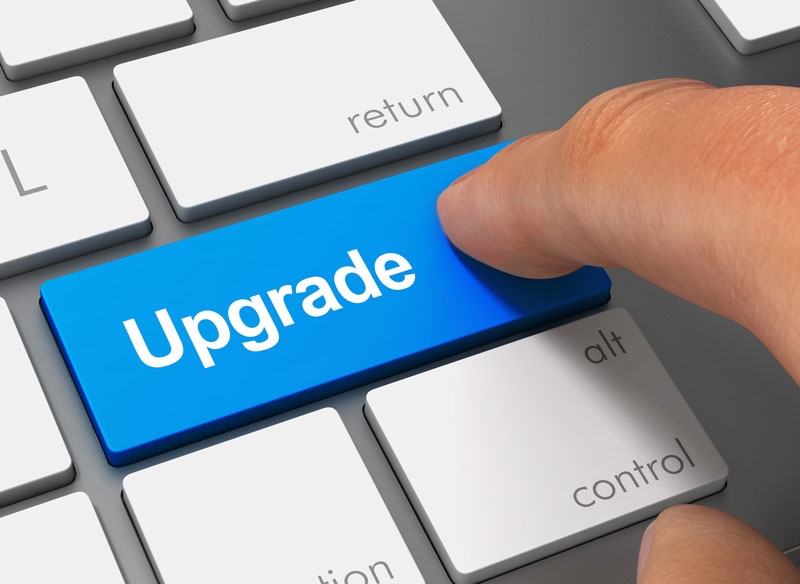 To make possible the planned upgrades rolling stock programs through a realistic, ambitious, and simultaneous deployment of ETCS BL 3.

AERRL has analysed the ERA « Clarification note Authorisation of vehicles equipped with CCS train protection part according to set of specifications #1 (Baseline 2) after 31/12/2020 » (version 1) and has identified the negative consequences of this note for railway leasing companies and the competitiveness of rail transport. Due to this interpretation of the CCS TSI, many of planned upgrades rolling stock programs cannot be carried out, what means that safety and quality cannot be improved anymore during the several years needed to realize the ETCS BL 3 upgrade of thousands of railway vehicles across Europe. The ERA interpretation could not be able to meet its objective of generalized equipment in BASELINE 3 as soon as possible. AERRL urges ERA to organize a consultation with all the actors to allow the rolling stock owners to realize their planned upgrades programs and in the meantime to get the needed commitments regarding a simultaneous and realistic deployment of BL 3.

Locomotive lessors have over the past years massively invested in modern corridor, electric, diesel and dual-mode locomotives to support the cross-border operation of numerous European Freight and passenger railway Operators. Most of these are natively equipped with ETCS BL 2 and more recently BL 3.

The AERRL members have long been committed to the interoperability of ERTMS, the timely deployment of the best technologies and the regular upgrade of the vehicles they lease.

Thanks to the support of EU subsidies scheme, most of the AERRL members have already committed in upgrading their fleet towards ETCS BL3, from BL2 or legacy configuration.

To keep their fleet ready for operation in the different European countries also in the next few years, they have planned with the manufacturers some intermediate steps until BL 3 is available from the industry. For example, the following modifications are essential:

The ERA hereabove mentioned clarification note, which has a scope surprisingly broad, has implications for these upgrades plans that have not been foreseen.

This note makes the ETCS Baseline 3 mandatory for 3 groups of vehicles :

Given that the AERRL members had not foreseen that the mandatory Baseline 3 would extend to pre-defined hypothesis 3, the clarification note could have one of the following three consequences:

Beyond the arguments that specifically concern the constraints of the lessors and other rolling stock owners, the ERA interpretation of the CCS TSI could not be able to meet its objective of generalized equipment in BASELINE 3 ETCS as soon as possible for 2 reasons.

On one hand, the manufacturers can give you some details of their vehicle release planning to prove that BL3 is already in planning, but also that to solve current problems, intermediate steps are necessary.

On the other hand, the infrastructure managers have not deployed the system yet. The first countries in Europe (after DK) with BL3 active are Belgium and Switzerland but not before 2025.

Furthermore, the necessary time for upgrading thousands of railway vehicles across Europe is several years.

For all these reasons, AERRL urges the European Agency for Railways to organize consultation with all the actors to allow the rolling stock owners to realize their planned upgrades programs and in the meantime to get the needed commitments regarding a simultaneous and realistic deployment of BL 3.

We use cookies on our website to give you the most relevant experience by remembering your preferences and repeat visits. By clicking “Accept”, you consent to the use of ALL the cookies. However you may visit Cookie Settings to provide a controlled consent. Cookie settings

This website uses cookies to improve your experience while you navigate through the website. Out of these cookies, the cookies that are categorized as necessary are stored on your browser as they are essential for the working of basic functionalities of the website. We also use third-party cookies that help us analyze and understand how you use this website. These cookies will be stored in your browser only with your consent. You also have the option to opt-out of these cookies. But opting out of some of these cookies may have an effect on your browsing experience.
Necessary Always Enabled
Necessary cookies are absolutely essential for the website to function properly. These cookies ensure basic functionalities and security features of the website, anonymously.
Functional
Functional cookies help to perform certain functionalities like sharing the content of the website on social media platforms, collect feedbacks, and other third-party features.
Performance
Performance cookies are used to understand and analyze the key performance indexes of the website which helps in delivering a better user experience for the visitors.
Analytics
Analytical cookies are used to understand how visitors interact with the website. These cookies help provide information on metrics the number of visitors, bounce rate, traffic source, etc.
Advertisement
Advertisement cookies are used to provide visitors with relevant ads and marketing campaigns. These cookies track visitors across websites and collect information to provide customized ads.
Others
Other uncategorized cookies are those that are being analyzed and have not been classified into a category as yet.
Save & Accept
Powered by